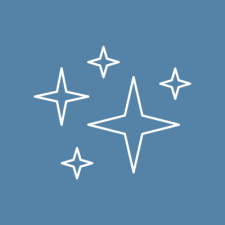 “Look toward heaven … So shall your offspring be.”

Having established that God does have a plan that we can find and trust within his word, week two brought us along to Abram/Abraham. To Abram God made promises that would drive much of the story of the Old Testament. He would make Abram into a people as numerous as the stars and he would give them a land, and all the blessings God would give would also being a blessing to the whole world.

Now the Lord said to Abram, “Go from your country and your kindred and your father’s house to the land that I will show you. And I will make of you a great nation, and I will bless you and make your name great, so that you will be a blessing. I will bless those who bless you, and him who dishonors you I will curse, and in you all the families of the earth shall be blessed.”

These and all promises of God ultimately find their fulfillment of Jesus Christ.

I had two people this week send me something in regards to the Bible. One of them was this fabulous illustrated kids map for areas in the Old Testament, but it is under copyright, so sadly I do not think it would be the most responsible thing to post here.

The other was a reflection on Joel 2:25a:

Her reflection (if I understood correctly) was on what seemed like the years she had lost by not studying Scripture earlier in life. But she was comforted by another who shared this verse with her. God can do great things to restore in us what has been lost. Whether it has come due to his discipline or judgment in our lives or some missed opportunity due to our poor choices, God can use even the damaged experiences of this world and work through them to bring about something glorifying to his name.

Deuteronomy is the fifth and final book the Pentateuch, so well done at making it this far. As you begin reading it, I thought I’d give you a bit of background.

Deuteronomy tells us in the opening line of its author, Moses. These first books are commonly called the Law of Moses and are attributed to him (eg. Matthew 19:7-8, Acts 3:22-23), but there is debate as to what exactly this includes. Due to some of the literary formatting and content such as an account of Moses’ own death, it is thought there is additional help from editors or authors to take the words of Moses and fit them into a greater narrative.

The book begins where the previous left off, and ends there as well, on the plains of Moab (Dt. 34). It is a time for Israel to prepare itself for what will come in Joshua, the delayed conquest of the land that God had promised them, and for Moses to transfer leadership and give his parting words. We find in Deuteronomy another instance of the Ten Commandments and a renewal of the covenant with God. Think about the overall story we’ve seen so far. God has made a world for us to live in and it was good. But we sinned. We disobeyed and turned from God, bringing sin into creation. Having been cast out of the garden, you’d think the people would be alone. Yet God does not forget humanity. He chooses for himself a people and calls Abraham out to be the father of many nations. As we read, it isn’t because he was a perfect man–nor was Isaac or Jacob, or the other so-called patriarchs. God chose us and he remains perfectly faithful as we are too often faithless.

God promises a land to his people, but there is an interlude in Egypt during which the Israelites are slaves. By God’s strong hand he delivers them from bondage, showing his might to Israel’s enemies. He guides them out of oppression toward a promise of a land to call their own. All along the way the people grumble and complain, looking back favorably on Egypt. Working through his servant, Moses, God disciplines his people, but never leaves us. He gives us laws to guide us and sets up camp right in the midst of the people.

He actively guides them to the doorstep of the promised land, a land the scouts see is full of milk and honey, but also of formidable enemies. So even though God has been with them from the time of Abraham and literally camps with them in the tabernacle, their fear overwhelms them and they reject God’s will. So the promised land remains for God’s people a promise, but for a new generation. They wander one year for every day the scouts were in Canaan. For forty years they continue in the wilderness until, at the end of Numbers, their great numbers camp again at the doorstep.

Moses knows he will not enter with them, only Joshua and Caleb have that privilege from the generation that disobeyed. Deuteronomy is the book that further sets the scene for the final transition that began with Abraham and will come to fruition with Joshua. Israel are a people of the promise. God told Abraham to leave the land he knew and follow, and the people have been following with the hope of a land to call their own. And now in Deuteronomy, they are almost there.